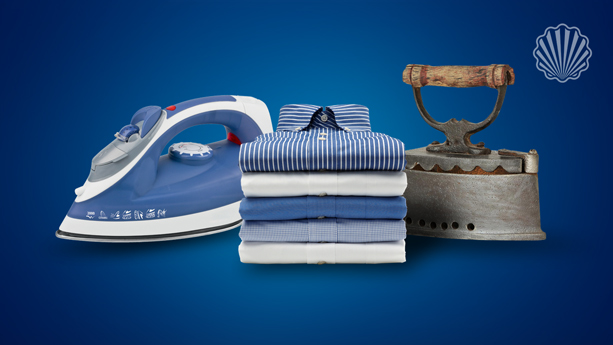 Imagine a situation in which you are planned to be at a party. Wearing neat and clean clothes would probably is one of your priorities. Imagine after opening your closet, the shirt you decided to wear is clean but creased!

Having iron in the home makes this possible to ironing such a shirt as soon as possible. Therefore you can put on your crease-free shirt and go to the party or appointment. This description may happen frequently for you, but you should know that in ancient times, fast and safe ironing of clothes was not so easily possible. More precisely, although the use of hot, flat surfaces to smooth fabric and remove creases dates back hundreds of years, the electric iron is an invention of the late nineteenth century!

The study of early civilizations shows that smoothing the fabrics to reduce their creases using hot and flat surfaces has been a common practice. The Chinese, for example, used a large, hot pan filled with hot coals as an iron. The use of ironing in the West dates back to the eighth and ninth centuries AD when a machine similar to a large, circular mushroom called the "Smoothing Stones" was used to iron clothes.

With the beginning of the Industrial Revolution, changes and transformations began in many fields. Technological advances in the production of various utensils and metal parts have led to the appearance of new machines for ironing clothes.

The common similarity of all these devices was the perfectly polished and hot surfaces which were essential to remove the creases of the fabrics. Most were filled with materials such as hot coals, and some were placed directly in front of the fire to heat the metal surface and allow ironing.

Obviously, all these methods had their own difficulties due to their time-consuming, lack of control over the surface temperature, and relatively low safety. The first initiative to facilitate the ironing process was a metal device having movable handles that prevented the handles from heating up. This iron was introduced in 1871 under the name "Mrs. Potts" iron.

However,  a major turning point in this area is the introduction of the electric iron, which was invented almost a decade later by the American inventor Henry W. Seely. He filed his interesting and unique invention in the US Patent and Trademark Office on June 6, 1882, which was granted as "US 259054". 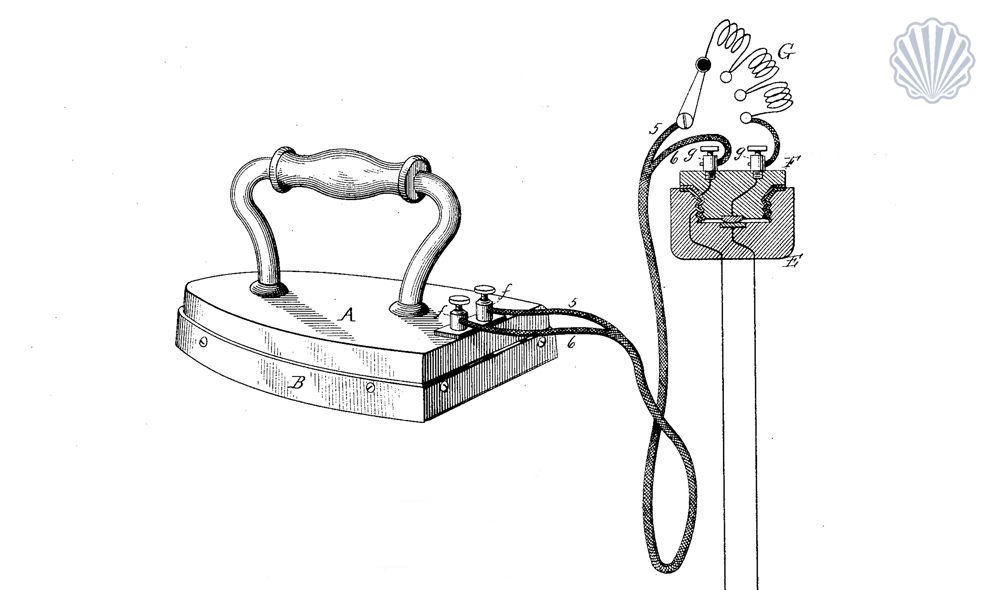 It is interesting to note that concurrent with the artistic efforts of Seely's invention irons, the same iron was developed in France, with the difference that a carbon arc was used to heat the ironing board plate.

This minor difference and the resulting insecurity caused the project to fail commercially and therefore this product was not able to enter the European market.

Another influential inventor in improving the performance of electric irons was a black woman tailor named Sarah Marshall, better known for her marriage to James Boone, as Sarah Boone. Due to his job and the need for a special ironing board to remove creases in women's clothing, he designed an innovative ironing board and filed it in July 1891 as the "Ironing-board". The result of this application was a patent certificate no. US 473653, which was awarded to him in April 1892. This iron was designed in such a way that due to its narrowness and curving, it matched the dimensions and design of women's clothes and facilitated the ironing of the sleeves and shoulders of these clothes.

Ten years after the invention of the slab, hand-held electric irons were introduced by General Electric and Crompton and Co. The main innovation of these new machines was the possibility of adjusting the ironing temperature, which in addition to better operation, prevented many disasters due to overheating of the iron.

It should be noted that the successful commercialization of electric irons was not easy, and in addition to public uncertainty, some operational limitations have contributed to their several-year delay in their widespread availability. According to historical documents and evidence, the first fully commercial and successful electric iron was introduced in 1905 by the design of Earl H. Richardson. Slowly, with the increasing popularity of hand irons, the competition for their development and improvement became more thoughtful; So that after almost half a century and the efforts of a large number of different inventors and technologists, steam irons were finally introduced to the market in the early 1950s.

One of the most influential inventors in the process of designing and developing steam irons was a man named Max Skolnik, who was able to produce the first steam irons in the mid-1930s. He registered his patent in March 1933, which later on received a patent number "US 1969583" in August 1934 from the US Patent and Trademark Office. Four years later, the patent was assigned to Steam-O-Matic Corporation, an introduction to the production and commercialization of steam irons. 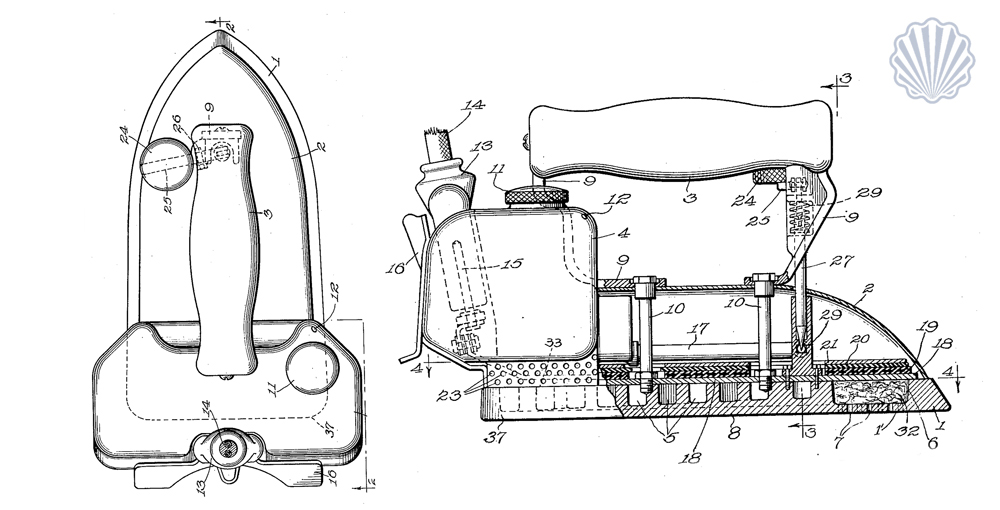 At present, various models of safe and efficient electric irons are marketed by different companies, and even innovations such as designing and manufacturing ironing tables or home press irons have been developed to facilitate the ironing process. Regardless of the differences between the current modern irons and the prototypes of electric irons, this invention can be considered as a practical and quite common invention that is almost can be found in almost every home.