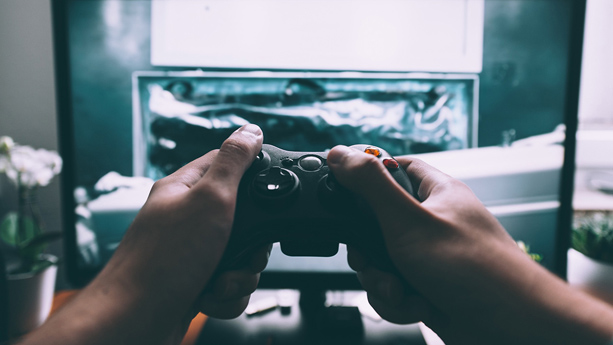 There is no doubt that video games are featured in the showcase of important historical inventions without which human life would have been different. This invention has had more than a mere passion for communities. Today, art and psychology are among the most important elements of video games, and designers have attracted a huge audience of people with different thoughts and interests using narrative stories, music and visual effects, and psychological principles. With the development of smartphones and internet infrastructures, games are not only running on computers or consoles, and the new set of network-based games are now available in a range of portable devices, having great impact on the growth of this industry.

The introduction of emerging technologies such as Augmented Reality (AR) and Virtual Reality (VR) along with Artificial Intelligence (AI) into the video game industry has further increased the attractiveness of these games. As a result, playing these games is not limited to children and teenagers. The statistics show that more than 40% of adults play video games, and even a quarter of them are addicted to games! The video game industry made $ 131 billion revenue in 2018 and it is projected to increase to $ 300 billion by 2025.

For a long time, critics have cited many physical and mental disadvantages of video games, including damage to vision, skeletal problems, and emotional problems like aggression, loneliness and educational failure. Based on psychological studies, experts now believe that choosing the right games will have a very positive impact on the personality development in children and young adults. Strengthening abilities such as decision-making, accepting role in society, learning, concentration, multitasking and even driving skills, along with the coordination of eyes with hand muscles are among the positive effects of video games. Contrary to popular belief, studies by researchers at the University of Rochester show that playing video games, especially action games, enhances vision and many eye capabilities.

The researchers consider such games effective in recovering and improving eye vision post-surgically! Researchers from the University of Iowa have also shown that the performance of video games by the elderly greatly reduces the aging rate of brain and dementia. Even the surgeons utilize the positive effects of video games. During the research, it has been found that laparoscopic surgeons who play video games at least three hours a week are 37% less likely to be involved in surgical mistakes and are also 27% faster in doing such surgeries compared with their colleagues. 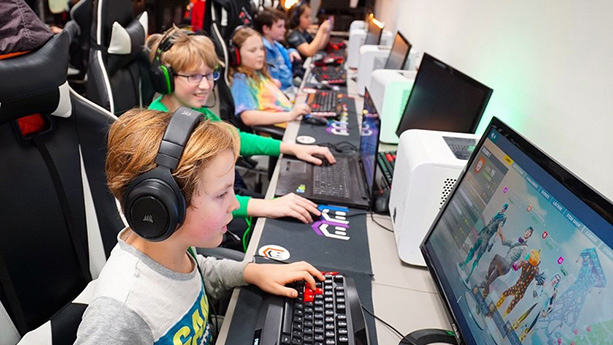 Excessive conduct of video games has of course turned into a major problem for societies in the last decade especially in south-east Asian countries, which clearly explains passing government laws to ban the provision of online mid-night entertainment services for teenagers and the establishment of video game addiction treatment clinics in South Korea.

But who first introduced this controversial and influential invention? Like some great inventions and technologies, the development of video game device has experienced a bumpy road and its review from a historical perspective is a bit complicated. Nolan Bushnell, the founder of Atari, is known to be the inventor and father of video games based on public opinion and some institutions. Many historians, however, attach this credit to Ralph Henry Baer, ​​a German engineer working for the US Defense department.

A careful examination of the history and patents of video games, nevertheless, shows that the first video game device, although primitive and simple, was developed two decades earlier in 1947 by the inventor Thomas T. Goldsmith. The genius physicist from Carolina, US is also a pioneer in television development. His electronic talent appeared at the age of ten with he manufactured an amplifier for his grandmother who had hearing problems. In 1931, he entered Cornell University to obtain his PhD in physics, where he began researching on a cathode ray tube that was becoming one of the key elements of electronic communications. He then worked at DuMont laboratory and carried out valuable research on the development of cathode ray and color television displays. With the outbreak of World War II, the lab, like many other businesses, began to focus on the development of war technology to develop radar and missile launch systems.

Perhaps the activity in these two domains created the idea of ​​video games similar to those space aggressors and galactic fighters in the mind of Goldsmith. After the end of the war, Dupont's decision to transform defense industry innovations into commercial products, along with Goldsmith's knowledge and experience on cathode ray screens, invented what he called the cathode ray tube entertainment device. It was something like radar plates in the World War II that allowed the user to control the cathode ray inside the vacuum tube using multiple buttons and levers to shoot targets on the screen.

On December 14, 1948, Goldsmith received patent number "US2455992" from the US Patent and Trademark Office. But the idea of ​​Smith's video game was ahead of its time for decades, because there was no memory and processor to create moving objects on the screen, and planes were always fixed in the game! On the other hand, the use of televisions and cathode lamp displays had not expanded and, as a result, his patent was soon forgotten and the credit of inventing the first video game was given to another person.

Simple games were designed with the development of first computers, but access to computers was limited to some universities and military centers, and the games remained unknown. Meanwhile, Ralph Henry Bauer was the one who made the first video game console, causing video games widely known and brought into people houses. Indeed, the gaming industry was born after his invention, and so historians know as the father of video games. Bauer was born in Germany in 1922. Several years later, he and his family moved to the United States to study radio services. Then he joined the military and after the end of World War II, he continued to study in the field of television engineering and was one of the first to receive a bachelor's degree.

In 1950, he joined Loral Electronics, a contractor of the defense industry. Despite the fact that Loral was producing military equipment, Bauer was involved in the construction of large-scale and the so-called luxury TVs in this company. At this time, he was thinking to utilize the other potentials of TV and proposed the addition of games to TVs produced in the company, but his proposal was rejected by Loral executives and he was ordered to work on the construction of TVs according to approved plans! The big screen TV business failed and in 1956 Bauer joined Sanders, another contractor of Defense industry for the development of electronic devices

Like many other influential technologies and inventions such as laser and touch screens, the invention of video game device was also a byproduct of the defense industry. Although Bauer had thought about ​​making a gaming device some years before joining Sanders, the pervasiveness of television made him think more seriously about the idea. The story goes back to a hot summer day in 1966, when he was waiting for a colleague at the bus stop. In his notebook, Bauer presented the design and details of a game box, which provided the possibility of playing various mental, action, and sports games on existing televisions. What he had in mind was the development of a game box at a low price, about $ 25. 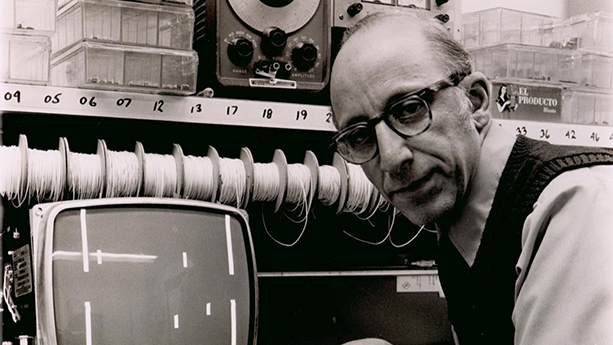 He then asked the head of his department at the company to read the notes, add a date and sign them for legal processes. Bauer may not have thought at the time that these notes would be the basis for an industry worth billions of dollars, and that would help him win patent infringement trials several years later. After studying his plan, the director of Sanders allocated $ 2,000 for research, $ 500 to provide materials and equipment, and two labor force! These three, in a secret workshop, conducted research to create a prototype box game. First of all, a business aimed at developing sophisticated electronic systems for military purposes could not be interested in developing video games, but Bauer persistently and satisfactorily convinced the company's research and development director of the rationale of the project. In 1969, Baer's efforts flourished and several prototypes were made.

He named the game box "BROWN BOX" as it had a wooden body just like the first mouse. He then referred to the US Patent and Trademark Office on March 22, 1971 to file a patent application. As Bauer says in his memoirs, in the patent office he was faced with staff who rushed to play with the device! In April 1973, Sanders received patent license number "US3728480" which provided a legal monopoly for his invention.

The wooden box had the general components of today's game device, and unlike the Smith cathode lamp, it was similar to what we think of as a game console. The device included a main control unit, consisting of 40 transistors and 40 diodes, two control joysticks for players, and a set of electronic cards, each supporting a specific game. A range of games, including ping-ping, volleyball, soccer, and hockey were possible to play. Also, Bauer developed a lightweight gun using the ability to shoot fixed and moving targets on the TV screen.

At the end of developing video game device, Bauer and Sanders Co had to challenge with marketing issues for two years, as the company knew defense industry as its unique customer and did not have any marketing expertise. Despite the fact that the representatives of large television companies were in the first place fascinated by Bauer's wooden boxes, they were reluctant to obtain operational licenses and to invest in it. Finally, Sanders handed over the license and all rights arising from it to Magnavox. After updating, Magnavox introduced the brown box under the name "Odyssey". The company only sold over 130,000 units in the first year of its release, and by 1974 this number reached 350000!

At this time, Atari turned into the main competitor of Magnavox with the development and delivery of coin-operated consoles that could be installed at public centers. The company, with the release of the famous Pong game, which was better off than Odyssey, severely challenged Magnavox; however, Magnavox and Sanders realized that Atari had violated their patents with the release of the game and filed a lawsuit against Atari. Atari was finally sentenced to pay $ 1.5 million to obtain a license for the American market so that it could easily develop his consoles and games. 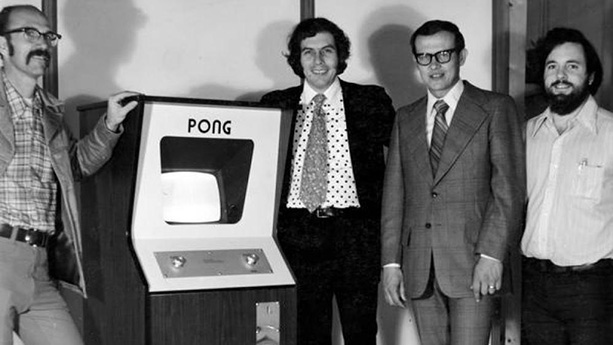 The trial of violating the patent was different from other patent infringement courts. Bauer, who was present as witness at all court hearings, remembers it as an enjoyable experience in his memoirs. He says my notes, along with all the hardware and components developed in Sanders, were presented in front of the court. We connected these devices to the existing TV, and during the game, we showed the technical aspects of the invention to the judge who was himself excited by our invention! Moreover, Magnavox filed complaints against dozens of other major companies, including Sega. The company won all claims and received over $ 100 million in claims.

Honored as the father of video games for his influential invention, Ralph Bauer also received valuable awards from academic and political institutions, such as the Edison Medal and the Masaru Ibuka Award from the Association of Electrical and Electronics Engineers (AEEE) and the National Medal of Technology. In 2010, his name was placed in the Hall of Fame in New York, along with other famous people. Some historians and historical sources have given him the title of grandfather of video games to commemorate Thomas Goldsmith's name. He has received numerous awards for his activities in the field of cathode ray tube and television development.