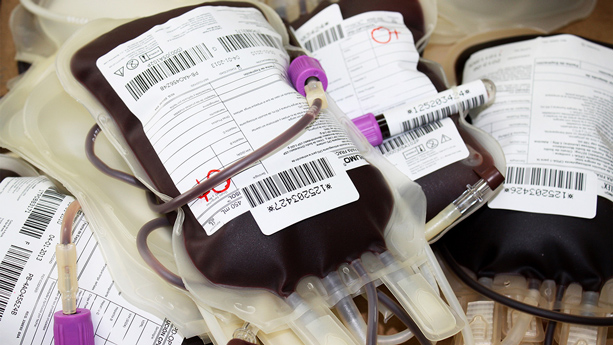 Blood has always been a symbol of birth and death. The primary function of blood in the body is to transport oxygen and nutrients to tissues, assist in the excretion of metabolism materials, and to collect toxins for transport to the liver and kidneys for purification. This vital fluid, in addition to water, red and white blood cells and platelets, contains protein, glucose, fat, vitamins, hormones and minerals. Protecting the body against infections and diseases, along with maintaining normal body temperature, can be considered as the most basic tasks of this fluid.

In the event of significant bleeding or due to diseases that slow or stop hematopoiesis in the body, it is necessary to inject sufficient blood until the normal process of hematopoiesis is restored. The techniques of storing and injecting blood over the last century have saved the lives of millions of people who have lost much blood for various reasons. Also, patients who suffer from blood problems can easily get on with their lives. It should be noted that many complex and long-lasting surgeries were never developed if blood transfusions were not possible during surgery. According to the World Health Organization, 117.4 million blood donations and blood transfusions occur annually worldwide.

In ancient times, although physicians had little knowledge of blood flow, they found many diseases to be rooted in the patient's blood imbalance and were always looking for different ways to manipulate the blood flow in the patient's body. In ancient Egypt, cupping was used to treat a wide range of diseases. Aristotle believed that the root of all illnesses was blood clot and contamination. According to Galen's theory, blood settles in one's body and, if stagnated for a long time, becomes corrupted and causes illness. By the early 19th century, cupping had become the standard treatment for a variety of diseases, including plague, epilepsy, and gout.

William Harvey, an English physician, was the first person to put forward the theory of blood circulation in 1628 and prove it by experiments on animals, including snakes. Of course, the medical community rejected his idea for a long time, due to the theories of cupping and blood sampling, which were one of the most central treatments in that period. Blood structure was unknown to doctors for many years until 1658 when a Dutch biologist, Jan Swammerdam, observed and described its microscopic appearance and found red blood cells. The first successful blood transfusion was made in 1665 by an English physician named Richard Lower. Like the first artificial heart transplant, as well as testing the first electric shock device, this was initially done on a dog. Two years later, he also published a report on animal blood transfusions to humans. Many historians, of course, attribute the validity of this practice, which is a landmark in medical science, to the French physician Jean-Baptiste Denys. In the same year, he could save the blood of a 15-year-old teenager who had suffered severe bleeding through the injection of sheep's blood. Subsequent patients, of course, were not as lucky as the teenager, so blood transfusions were banned in France, hampering future research in the country.

The first report of a successful human blood transfusion was published after more than 150 years! In 1818, the English "James Blundel" was the first to save life of a bleeding woman while delivering her baby by blood transfusion. The donor was the patient's husband, and Blundel took 4 ounces of blood from his arm using a syringe and injected the patient. Between 1825 and 1830, he had 10 more blood transfusions, but only half of them were successful! In addition to the infection, there was another factor that caused lethal reactions in the patient's body to the transfused blood. It remained a mystery until 1907 until a big step was taken by the Austrian Nobel Prize-winning physician Karl Landsteiner. In 1900, he discovered three blood groups A, B and C. Later, however, blood group C was changed to O. His colleagues discovered the AB blood group two years later. A few years later, the researchers found that the safety and reliability of the blood transfusion procedure improve by matching the blood donor and recipient blood group. Before the outbreak of World War I, the American hematologist Reuben Ottenberg had done valuable research and successfully completed the first blood transfusions with blood matching. He explained the relationship between inheritance and blood groups. Ottenberg named the O blood group as the public donor.

Despite advances in the discovery of patients' blood transfusion capabilities, blood clotting outside the body was still a major problem. Some physicians suggested direct attachment of the donor vessel to the recipient artery as a solution to this problem. Although this technique was not very effective, it paved the way for organ transplantation. Interestingly, prior to the development of blood preservation and blood banks, a list of volunteer blood donors and blood groups was kept in the hospitals, and those in need of blood transfusions were contacted to get them to the hospital immediately!

In 1914, the first anticoagulants were developed, the most important of which was sodium citrate to prevent blood clotting and increase its shelf life outside the body. The German surgeon, Richard Lewisohn, first used the substance and played an important role in the development of indirect blood transfusions. He showed that the blood containing anticoagulants could be stored at low temperatures.

The outbreak of World War I and the urgent need for frontline wounded blood transfusions led to increased attention to storage and indirect blood transfusions. American pathologist Peyton Rous, along with his colleague James Turner, devised a technique for keeping blood for several days. Peyton was studying the structure of the blood, but reports of high mortality from battlefield injuries due to severe bleeding persuaded him to pursue blood substitute research. When he realized that the investigation would not work, he thought of a way to store blood for transferring to the battlefield. He tested various compounds on human blood and several animals, including rabbits, sheep and dogs, and eventually obtained a salt solution called "Locke's solution" in which sodium citrate was used to prevent coagulation, and dextrose and glucose served as sources of energy for red cells. In 1917, after the success of Peyton test, his colleague Oswald H. Robertson, in cooperation with US Army medical corps, went to Belgium to try this technique on the battlefield. He did many blood transfusions and saved thousands of lives. The ice bin he developed to carry blood packs was the first blood bank, which was of course a mobile one. This storage technique, however, was not used by urban hospitals at the time. But with the onset of World War II, the solution made by Rous and Turner (Rous-Turner solution) received a lot of attention.

Since then, many have been working to improve the blood storage process, including the Polish physician Bernard Fantus who founded the first blood bank in the United States in 1937. The results of these activities allowed blood to be stored for up to ten days. Large hospitals struggled to maintain adequate blood supply for patients, but due to quick expiration, sufficient blood units with appropriate groups were often unavailable.

African-American surgeon Charles R. Drew is believed by the medical community to have had the most influence in the process of blood transfusion and storage, who received a patent for the developed technique. Accordingly, the National Institutes of Health has named him the father of Blood Bank. Drew increased storage time by developing a technique for the separation of blood components such as plasma and red cells. Modern medical science has found that many injuries, illnesses, and burns are treated better by the injection of blood components, and there is no need to inject large volumes of blood that can have dangerous side effects. It can also be said that by separating blood components, one blood unit can save the lives of three patients. Another important point is that blood plasma, which is the most used component, is the same in all people, and can be injected into patients regardless of blood type. Plasma is also less contaminated than the whole blood. Drew also found that the dimensions of the container containing blood had a great impact on its durability and that keeping the containers with the highest levels of contact with cold environment made the blood more stable.

Charles Drew was born in a black family in 1904 in Washington. His family was poor, and as a child, he sold newspapers to help his family. He was talented and formed a network with his friends to distribute more than 2000 newspapers daily. Although educational opportunities for blacks in US were very limited in the 20th century, he had the chance to enter a special school for blacks at the age of fourteen. Drew then went to Canada to study medicine, graduating with a top medical and surgical degree. After his father's death, he accepted an offer from Howard University to teach pathology in order to be close to his family. In 1939, he received a government scholarship to study transfusion and blood storage at a Columbia University hospital under the supervision of Dr. John Scudder. Drew was able, along with Scudder, to develop a technique to separate plasma from red blood cells. They developed a container with two compartments that separated red cells from plasma. On April 1, 1939, he filed for a patent application in the name of his master, Scudder, which was granted the US Patent and Trademark Office Patent Certificate number US2301710. Scudder officially transferred the patent to Drew again, and Drew decided to hand over all the benefits of the patent to Columbia University for medical research.

In 1939, Britain was heavily bombed by the German Air Force and there was a high demand for plasma for the wounded. In addition, the United States who was also eager to enter the World War, realized that building a connected network for plasma processing and transportation overseas could be vital to this country. As a result, Drew was appointed as manager for a project later known as the Blood Campaign for Britain. In this project, blood was taken from American people and its separated plasma was then sent to England. He performed this task well and provided tens of thousands of plasma units for the wounded in Britain.

After finishing the project, the American Red Cross asked him to launch an innovative program including blood donation in factories, on the market, as well as on blood donation buses. Blood processing was carried out at a central laboratory with stringent standards, and blood was collected from 100,000 blood donors for the military forces. At this time, Drew was appointed to the management of the New York Blood Bank, but unfortunately racist policies forced him to resign. At that time, the Red Cross and the US Army demanded that the blood donor's race be written on each blood unit and white patients not receive blood from black blood donors. Believing that the law was ridiculous and offensive, Drew resigned. After leaving the Red Cross, he returned to Howard University in 1904 and worked as a senior surgeon at Friedman Hospital. In addition to conducting scientific research and teaching, he published works on racism and misguided government policies.

Drew unfortunately passed away in a car accident when he was 46. On March 31, 1950, after a surgery and teaching his students, he went to Alabama by his car to attend the African-American physicians' conference, despite not having slept the night before. He fell asleep on the road, crashed into a tree and suffered severe injuries and bleeding. Although Drew was quickly taken to the hospital, the doctor who had saved the lives of hundreds of thousands of bleeding injured people through his invention lost his own life due to bleeding.