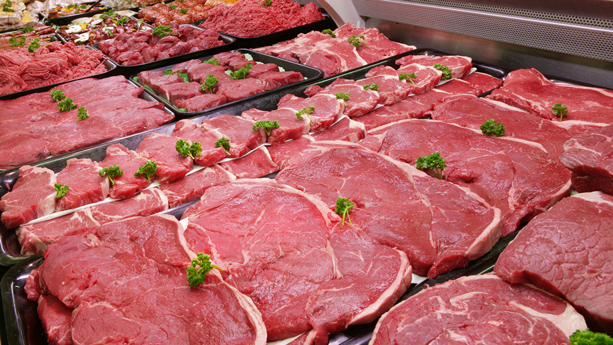 In the not-too-distant future, we will have two options for buying meat in supermarkets with similar tastes and contents, and no animal has been killed to produce one. Artificial meat production technology is evolving, and experts predict that this new technology will address the environmental, health and economic problems of meat production in the usual way. Startups in the field believe that in the next ten years, the artificial meat will be marketed at a competitive price of $ 3500-to-5500 per ton. Since no animal is killed for the production of laboratory meat, it is referred to as clean meat.

The world population is projected to be 9.8 billion by 2050. The growing trend of population, coupled with the enormous volume of resources consumed, such as water and land, as well as environmental pollution, including greenhouse gas emissions resulting from livestock breeding, highlights the importance of this technology. It is estimated that more than 13,000 liters of water is needed to produce 1 kilogram of meat. Such amount of water, however, may not be available in 2050 to produce the needed meat for nearly ten billion people! Like CRISPR, a genetic modifying technology partly aimed at more food production; there are different views against artificial meat production technology.

In fact, it seems a little strange to see your meat supplied directly from the laboratory instead of the slaughtered cattle raised on the farm. However, it is worth noting the investment of prominent companies and entities, including Bill Gates, Google founder Sergey Brin, and well-known entrepreneur and billionaire Sir Richard Branson. Although some of these individuals, including Brin, have expressed an interest in protecting animal rights, it appears that the technology can bring about a highly profitable industry with various impacts on human life.

The process of artificial meat cultivation is quite similar to the growth of livestock meat tissue, except that the cell growth process happens out of the animal body. The first step in producing artificial meat is to get the animal's stem cells. The function of these cells in the animal body is to create muscle tissue during injury, a characteristic scientist have used to produce artificial meat. The cells are housed in a vessel containing nutrients and other growth factors and continue to produce trillions of cells from a small sample. In order to convert these cells into muscle cells, the feeding process is first controlled to produce primary muscle fibers. By placing them in a gel containing 99% water, the natural shape of the muscle fibers is finally achieved. The natural tendency of the muscle cells to shrink causes them to turn into lumps, and become strands of muscle tissue.

The first and most effective measure to cultivate and keep the cell alive outside body was taken in 1912 by French physician and surgeon Alexis Carrel. He was able to keep a piece of chicken heart tissue alive for 34 days by providing nutrients and waste disposal. He continued his research in the field and presented valuable results to the scientific community. This great researcher, who was awarded the Nobel Prize in Medicine in 1912, was also one of the first people to influence the development of the artificial heart and was able to design the first system to support organs and provide mechanical support for blood flow. Importantly, his research on cell culture was never intended to produce artificial meat for human consumption.

The idea of ​​producing artificial meat for human consumption was first proposed by Winston Churchill 90 years ago. In an essay entitled "Fifty Years Later", published later in 1932, in a book entitled Thoughts and Adventures, he predicted artificial meat production. Churchill noted in this article that human will have abandoned raising a complete hen for use on its wings and thighs and will have finally grown them individually in suitable cultivation environments. Also in 1943, a French science fiction author, Rene Barjavel, who first introduced the concept of time travel, discussed in one of his novels the issue of artificial meat production in restaurants.

In 1971, an American pathologist named Russell Ross cultivated muscle fibers in vitro, taking a major step in the development of clean meat production technology. But it was Willem van Eelen, a physician, who started promoting the idea of ​​cell culture for food in 1950s and finally fulfilled it in 1999.

Eelen was born in 1923 in Indonesia, a Dutch colony at the time. At 17, he joined the army during World War II and was soon captured by the Japanese army. Eelen was sent to a concentration camp where he was forced to do heavy work, including building a landing runway for the aircraft. Minimal nutrition and calorie deficiency made him weak and sick to death. After the defeat of Japan, his release from prison and immigration to the Netherlands, the harsh conditions of his captivity continued to haunt him. He entered the medical school in 1948 and, early in his education, met a group of researchers who, in the hope of making skin tissue for burn victims, used stem cells to grow other cells. His early experience with hunger prompted a question in his mind as to whether this technology could also be used to produce food. The question was the starting point of a decades-long effort to bring the idea of ​​lab-grown meat to life. Eelen spent much of his time discussing and convincing the researchers about the value of his project, and succeeded in attracting a handful of them.

The next problem was to raise funds for research. Private investors tended to finance research that would bring back returns. Although Eelen was not taken seriously by the scientific community, he began to develop and implement his idea in spite of the despair and low progress and after nearly half a century, his efforts to raise funds and develop laboratory meat production techniques were fruitful. On December 18, 1997, he, along with two of these investors, filed the patent application number "WO1999031222A1" and subsequently filed applications with patent offices in Europe, Japan, Germany, Australia, Hong Kong and the United States. 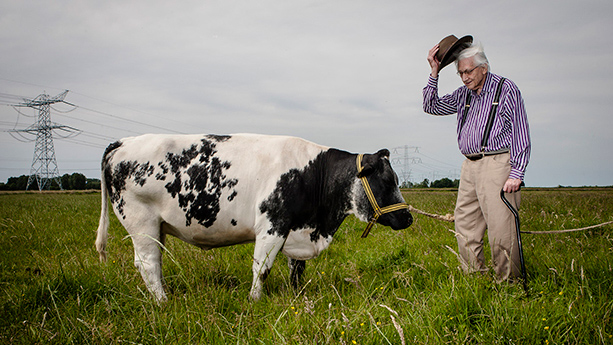 It should be noted that, since 1995, NASA has initiated research projects on 'in vitro' meat cultivation in hopes of finding new food sources for long-distance space travel, but there was still insufficient will to develop and commercialize the technology. After Eelen, other researchers developed and patented artificial meat production techniques. Among them is patent number "US6835390" by "Jon F. Vein", which was registered in November 2001 for the simultaneous cultivation of muscle and fat tissues to produce food products such as beef, chicken and fish. Shortly afterwards, Eelen granted his patent to Vein, a famous entrepreneur working in a variety of industries including aerospace, entertainment, software and food.

As Wayne describes the story of this co-operation and transfer of this patent, Eelen calls him after his patent is issued, and after introducing himself, he says that in the future, we will be either the best of friends or the worst enemies! The first option happened and the two formed a team to implement their idea. Ultimately, Eelen granted his patent to Vein so that the merger of the two precious intellectual assets would help develop the technology. In 2005, however, Eelen launched a new research program, with extensive support from the Dutch government for laboratory meat production.

In 2008, People for the Ethical Treatment of Animals (PETA) awarded a $ 1 million prize to the first institution to deliver the first laboratory meat to consumers. In November 2009, researchers from the Eelen team achieved great success by using live pig cells to grow laboratory meat. The members of the team seemed to be much luckier than him, and a year later, Google founder Sergey Brin announced his full support for Dr. Mark Post, a member of Eelen research team. In 2013, he made headlines around the world with the production of the world's first hamburger using artificial meat. The hamburger was cooked by one of the world's most famous chefs at a restaurant in London and evaluated by food experts and critics.

This opened the door to dozens of startups. Interestingly, the cost of producing this hamburger was estimated at 250,000 euros and the new challenge for startups entering the field was to produce meat in an efficient and time-consuming way. Mosa Meats Co, owned by Dr Post, one of the most prominent names in the field, has estimated that at the present time, the cost of producing an artificial meat burger on an industrial scale will be around 9 euros. Of course, the price is still far away from the one-euro regular hamburgers, but the outlook for the company suggests lower prices than regular meats.

Artificial meat is much healthier than regular meats and can be engineered to have less fat content or replace unsaturated fats with useful fats such as omega-3. By adding factors to the medium, certain types of vitamins can be added to the artificial meat, yet there is no limit to its taste. In addition, the risk of contamination resulting from foodborne illnesses, including all kinds of parasites, is greatly reduced as a result of using artificial meat, and the risk of transporting many hazardous substances like pesticides, arsenic and hormones is eliminated. Unlike livestock and poultry, in vitro meat production is extremely environmentally friendly and energy efficient. It is interesting to know that livestock farming has a significant share of greenhouse gas emissions, especially methane, which has been one of the aspects discussed in international agreements to reduce greenhouse gas emissions. Meat lifecycle analysis shows that 75 to 95 percent of the food used for livestock is consumed by metabolism or for the growth of nonfood tissues such as bones, digestive and respiratory systems. These losses, nevertheless, are severely reduced for in vitro meat production. Also, bioreactors for the production of clean meat take up less space than large livestock farms and poultry.