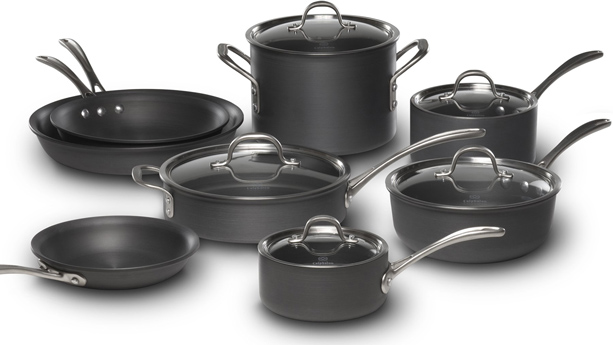 A variety of pots and cookware with different forms and material have been used by people dating back to prehistoric times, before the invention of writing when humans were still unable to record their lives and achievements and virtually all human events and experiences were rapidly disappearing. After many changes to the cookware, they were eventually transformed into today's vast variety of dishes, from copper and brass to non-stick and even glass and refractory containers based on the most advanced technologies. One of the most famous innovations in this field is the manufacture and supply of Teflon dishes that brought about a great change in cookware of the last century. No matter whether you are a man or a woman, old or young, employed or housewife, interested in cooking or running away from it, in any case, you probably have at least one experience of using Teflon dishes in your life. Do you know how Teflon dishes were made? What is Teflon and how did it come about? The original idea of ​​making Teflon came from a completely random occurrence, an idea that led the inventor and the company that owned the invention to great commercial success. In this article, we will discuss the exciting story of Teflon's invention and non-stick utensils.

Unlike other polymer products, the discovery of Teflon was quite by accident. The story of Teflon's invention began in a lab in New Jersey. In April 2008, a chemist named Roy J. Plunkett was researching refrigerant cooling gases. One day, due to an unplanned activity, the research team had to leave the testing process uncompleted. The next day, when Plunkett and his colleagues went to a chamber they thought was full of gas, they found that the gas sample had completely turned into a white polymer material. This accidental phenomenon was the beginning of an idea that eventually led to the manufacturing and supply of Teflon containers.

Plunkett's mind always tended toward innovation and invention through education and research. As the son of a poor farmer in Ohio, USA, with great effort and innate talent, he was able to attend Manchester College in Indiana. The famous Planck roommate was Paul Flory, who won the Nobel Prize in Chemistry in 1974 for his valuable contributions to the development and advancement of polymers. Plunkett, like his roommate, went to Ohio State University for a doctorate, and both were hired by DuPont Co. Here the path of two old friends broke apart; the path that eventually led one to the Nobel Prize and the other to the invention of Teflon. Unlike Flory, Plunkett spent his entire career in DuPont.

Plunkett's first responsibility in DuPont was to investigate the "chlorofluorocarbons" as a major advance over sulfur dioxide and ammonia gases used in coolants. Previous gases had repeatedly poisoned various people, including food industry users and consumers, while new gases were able to solve this problem. Plunkett produced about a hundred pounds of tetrafluoroethylene (TFE) gas and stored it in small cylinders in dry-ice temperature before chlorination. The next day, when he and his colleague had a gas cylinder ready to use, no gas came out!

Perhaps the best description for the discovery and invention of Teflon containers can be found in the words and writings of its inventor:

“On the morning of April 6, 1938, Jack Rebok, my assistant, selected one of the TFE cylinders that we had been using the previous day and set up the apparatus ready to go. When he opened the valve — to let the TFE gas flow under its own pressure from the cylinder — nothing happened. Jack called me over and asked whether we had used all the TFE from that cylinder. I said, I don’t think so. We both tinkered with the valve a bit, and then thinking it might be stuck or closed in some way, we disconnected the cylinder from the line and pushed a wire through the valve opening. Still no TFE came out, although the weight of the cylinder showed that there was material inside. We were in a quandary. I couldn’t think of anything else to do under the circumstances, so we unscrewed the valve from the cylinder. By this time it was pretty clear that there wasn’t any gas left. I carefully tipped the cylinder upside down, and out came a whitish powder down onto the lab bench. We scraped around some with the wire inside the cylinder — or maybe I tapped it — I don’t remember which — to get some more of the powder. What I got out that way certainly didn’t, add up, so I knew there must be more, inside. Finally, more out of curiosity I suppose than anything else, we decided to cut open the cylinder. When we did, we found more of the powder packed onto the bottom and lower sides of the cylinder.”

Plunkett found that the material was thermally and chemically inert and had very low surface friction. Further research showed that this white polymer, known as polytetrafluoroethyleneor (PTFE), is an efficient lubricant with a high melting point. Being inert to almost all chemicals and having high slippery have turned PTFE to one of the most valuable and varied materials invented, playing a key role in the dramatic development of various fields, including aerospace, communications, electronics and even industrial and architectural processes.

At first it seemed that the high expense of PTFE would make it unreasonable to produce and commercialize. But DuPont was well aware of the value of the invention, and in 1945, officially trademarked Teflon. Prior to this, the invention had been filed with the US Patent and Trademark Office in early July 1939, which was eventually granted on February 4, 1941, with patent no. US2230654. The set of safeguards well illustrates the importance of this invention to the inventor and the company, something that was well proven after Teflon's commercial successes over the years.

The first use of Teflon was in the Manhattan project to prevent gas diffusion, thanks to the specific properties of Teflon, like higher anti-corrosiveness, compared with fluorine and other compounds. Teflon's wide and varied applications led Plunkett to be awarded the Scott Medal in 1951, one of the first awards given to him for the discovery of Teflon. 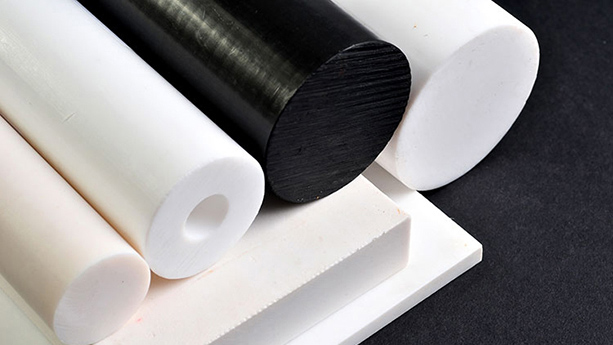 Using Teflon to make the new generation of kitchen utensils

The oldest dishes discovered to date are pottery from the 4th millennium BC found in Mesopotamia. Surveys show that similar dishes have been used in China and South America as well. Afterwards, the use of metal utensils became common in different societies for cooking. The first innovations in cookware go back to the post-western industrial revolution and the advent of various technologies, when all aspects of human life were overshadowed by these technologies. In the 19th century, the use of cast iron and tin utensils flourished, and a new phase of development began. With the advent of cast iron coating methods through the layers of glazed porcelain, the cookware industry made a significant breakthrough: glazed dishes were produced in Germany and Austria in 1850, which were warmly welcomed given their unique advantages.

This continued until the early years of the 20th century, when aluminum containers were mass-produced. In 1935, heat insulation knobs were added to these containers, making them much easier to use than before. Immediately, and only within a few years, copper and steel blends with the same beauty and proper distribution of heat were produced in the United States, which again made many changes in kitchen dishware. Stainless steel, chrome-plated steel containers and refractory glass are recent innovations transforming cookware.

One of the key developments in the evolution of kitchen utensils is Teflon dishes. This valuable invention, introduced in the mid-20th century during repeated succession of cookware innovations, ended one of the biggest challenges for women in cleaning dishes after cooking. In fact, one of the problems with previous dishes was the food sticking to the container and the difficult cleaning, which ended with the supply of Teflon dishes.

A decade after the discovery of Plunkett, and while DuPont produced over two million pounds of Teflon annually, the wife of a French engineer proposed the idea of ​​using Teflon on containers, and Marc Gregoire found a way to realize his wife's advice by finding a way to bond between aluminum and PTFE to make the first Teflon-coated container.

Mark and his wife, Colette, began selling their products in France by establishing Tefal Co in 1956, selling their product trademarked as Tefal (Teflon+Aluminum) throughout Europe. Subsequently, the US Food and Drug Administration (FDA) approved Teflon containers in 1960 and paved the way for the wide release of these products to the US market. On December 8, 1955, Tafal's owners simultaneously filed two patents regarding containers covering with PTFE, patent certificates of which were granted in 1960 and 1961 as US2944917 and US3008601 respectively. Interestingly, Armand Vahne, is registered as the inventor of both patents and the patents are owned by Marc Gregoire and his wife, Colette Gregoire, respectively.