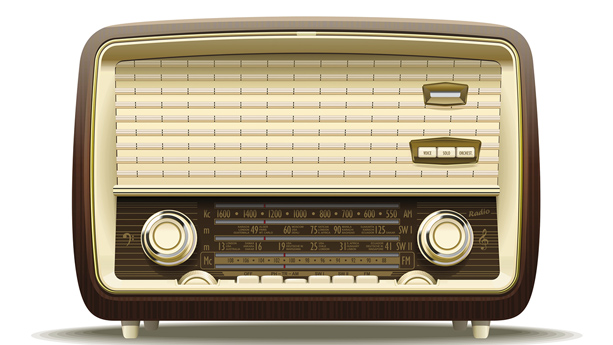 Music and audio content in general have long attracted mankind, old examples of which are audible stories. The intrinsic interest in sound manifested in a variety of formats, such as mass storytelling, all kinds of melodic songs and ballads, led scientists and researchers to work on transmitting audio and the final introduction of radio communication technology as one of the most important technological advances of the 20th century. In today's modern society, radio is a common and partially ordinary technology in most homes, workplaces and even cars. It is quite hard to find someone who has never heard about radio in his or her life.

But that's not always the case. Two centuries ago, there was no such thing as radio, and efforts to develop it date back to the late nineteenth century. It took years for the invention of radio frequencies to move toward a market-approved mainstream and to make radio as a popular device among home appliances and personal users.

But who invented radio? The invention of radio is a unique example. An almost identical idea initiated and developed by two scholars, at two different points in the world at a relatively similar interval. But before dealing with the invention of the radio, we must first consider its origins. In 1860, James Clerk Maxwell, the famous physicist and mathematician, introduced the theory of electromagnetic waves for the first time. In 1887, Heinrich Rudolf Hertz, a German engineer and physicist, succeeded in transmitting waves from a place to another place by endorsing Maxwell's theory without wires and by means of electronic oscillations. His efforts led to his name being used internationally as a term for describing radio frequencies. Scientists' efforts to develop the concept continued until an Italian engineer realized that wireless could be used as a communication device, and that was the beginning of the invention of radio.

Guglielmo Marconi is officially known as the inventor of radio; the young Italian scientist who focused his research on the development of wireless telegraphy system (telegraphy transmitting technology through radio waves) in the late nineteenth century. Born in 1874 in Bologna, Italy, he was interested in physics and electronics from a young age. In 1895, Marconi began his research activities at his father's laboratory and managed to transmit the first radio signals 1.5 miles away. He then continued his research with an electronic engineer in the Post Office in England and filed his first patent application on June 2, 1896, in the British Patent System. The application was approved on July 2, 1897, and its patent certificate was issued to the 23-year-old Marconi, under the number 12039.

But this is only one part of radio invention story. Almost simultaneously with Marconi, kilometers away, Nikolai Tesla was researching and experimenting with the idea of transmitting radio signals using specific frequencies. He found that the input electrical energy could be amplified by Resonant Action. In early 1895, when Tesla was ready to transmit a 50-mile signal to West Point, New York, a disastrous fire destroyed his laboratory leaving his research uncompleted. 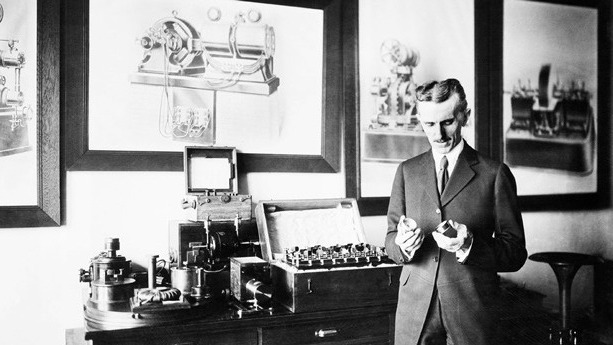 Nicklai Tesla one of the most influential inventors of radio development

But it was not the only misfortune of Tesla: the time was also against him, and the Italian Marconi had succeeded in making a prototype of a wireless telegraphy machine. In 1897, Tesla applied for a patent in the US in an effort to prove his invention. Tesla's request was endorsed and his first patent certificate, entitled "System for Transmission of Electrical Energy was granted under no. 645576 on March 20, 1900. Interestingly, in November of that year, the first Marconi patent application was rejected in the United States. Modified Marconi applications were rejected again over the next three years because of priority of the right of Tesla and other inventors.

This continued until the Marconi-established company, Marconi Wireless Telegraph Co, began to flourish in the stock market. The stock rose from $ 3 to more than $ 22, and the young Italian engineer received international acclaim. Edison and Andrew Carnegie also invested in his company. Finally, on 12 December 1901, Marconi transmitted signals for the first time across the Atlantic Ocean from England to America. 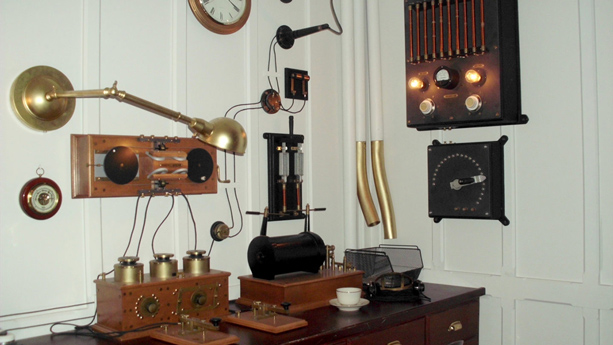 The invention of Guglielmo Marconi

An engineer working for Tesla at the time told him, "It looks like Marconi has passed you by," and Tesla responded, "Marconi is a good sequel. Let him continue; he uses my seventeen patents". Tesla's confidence, of course, was shattered in 1904, when the US Patent and Trademark Office reversed its previous decisions and granted Marconi a patent for a radio invention. The reasons for the move were never clearly expressed, but strong financial backing for Marconi, his previous patent in the UK, and his continued success in developing his own innovative technology, have been cited as possible reasons.

Tesla was plagued by problems at the time, and the awarding of Nobel Prize to his rival in 1911 doubled his anger. He complained against Marconi Wireless Telegraph Co in 1915, but due to a lack of conditions to sue a large company at the time, his complaint failed. Interestingly, in 1943, just a few months after Tesla's death, the US Supreme Court upheld his re-ownership of patent no 645576. An entirely selfish and interest-based motive seemed to play a part in this decision. Since Marconi's company had sued the US government for using its patents during World War I, the court restored the ownership of the first patent to Tesla in order to prevent possible losses for the government.

It should be emphasized that none of these adventures can replace the original truth of the invention of radio. Two inventors in two parts of the earth, and almost simultaneously, developed the original idea of ​​radio: for Tesla there came a laboratory fire, for Marconi a patent and certificate grant in England. Marconi's name as the inventor of the radio appears to be quite just and based on the modern nature of the patent system (the "First to File" rule).

The invention of Marconi and successful transmitting of signal between the two sides of the Atlantic in 1901, thrilled people and a public demand for radio broadcasting was created. However, this was not possible at the time due to weak radio lamps, and further development was needed. In 1906, an American physicist named Lee de Forest filed his first patent for a vacuum tube.

These vacuum tubes, called "Audion" by Forrest, could be used as a sound detector. In 1907, he invented a receiver for Audion, and subsequently published an article on the capability of music to be broadcast using wireless technology. Forrest devoted his entire life to developing media technologies. He developed Audion as a radio detector, amplifier, and later radio transmitter from 1910 to 1920, and subsequently set up several radio stations. He may not be considered as the first publisher of music and fun sounds; however, he is definitely one of the first. 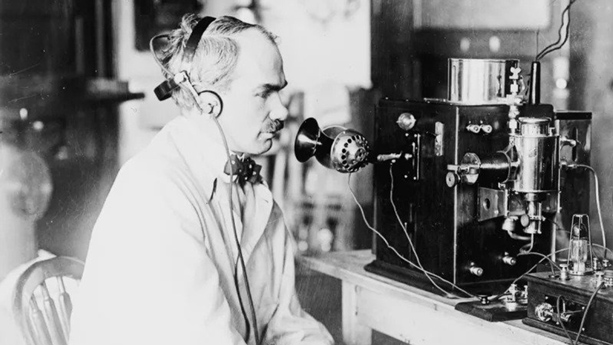 A photo from Lee De Forrest

With the development of more powerful lamps, there was a major development in the field of electronic devices, and the sound of New York Metropolitan Opera was first heard throughout North America in 1910. Attempts to hear radio broadcasts throughout the world were halted with the outbreak of World War I. The war requirements, of course, greatly expanded the use of wireless technology, and finally, on 11 November 1918, the Wireless Telegraphy announced the end of the war to the world. Hence, public use of radio started in 1920, short after the end of World War I in 1918, and the first regular radio broadcasters were launched in England.