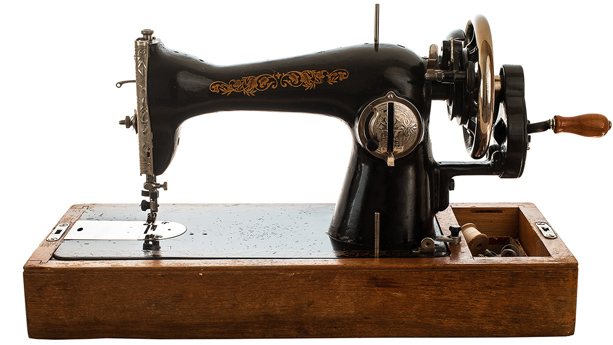 Undoubtedly, textile and clothing industry is one of the most popular and important industries for human beings. Since the beginning of human creation, proper clothing has been one of the most important human needs. For procuring this vital need a really long way has passed from the plants’ leaves to all kinds of modern clothing. Certainly, after centuries of development in various technological fields, the idea of ​​not having access to modern cloths is something unbearable. But it is a fact that in the past centuries, access to such a facility has not been easy enough. It goes without saying, that huge development in garment industry was largely dependent on the "sewing machine" invention, and without such a valuable achievement, it would have been impossible to progress. From this point of view, such a simple tool like the sewing machine is a key instrument in the development and evolution of the garment industry and more generally, in the basic needs of society.

Since entrance to human civilization gate, people have been paying special attention to sewing as one of the most important daily activities. The primary needles and threads needed for sewing was made from animal bodies such as bones, horns and sinew. This process continued until the iron needles were made in the fourteenth century and the process of tailor development began. The first major change in handmade sewing was the invention of eyed needles in the 15th century. These inventions paved the way for the mechanization of sewing process and introduction of special machines later called "sewing machines". However, it took around three centuries which inventors provided the first sewing applicable machine sample.

Until the early decades of the 19th century and invention of Elias Howe in 1845, clothing was still hand-made with using needles and threads. He patented the first sewing machine in the United States and enabled mass production of garments. But the story of the emergence, development and evolution of the sewing machine had begun much earlier. 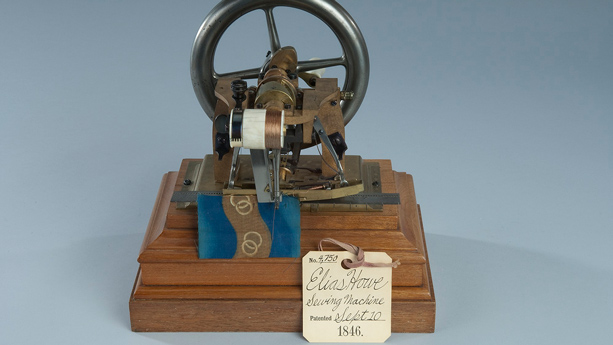 To better understand the creating and development process of sewing machine, consider the simplest form of sewing. A needle, with the thread attached to it, passes through the cloth and then the needle is rotated on the other side of the cloth and passes through the cloth again. By repeating this process, proper stitches are created on the fabric and the sewing process goes on. Actually, the preliminary attempts for making a sewing machine was a try to simulate this simple process. With a simple device, the needle and attached yarn can be easily passed through the fabric, but the problem begins when the needle has to rotate 180 degrees and re-enter the fabric on the other side. Charles Weisenthal, a German mechanic who worked in England, was the first that invented a sewing machine. By designing a "double pointed needle”, he eliminated necessity of rotating the needle after each passing. Weisenthal filed his patent in England in 1755; however, he did not mention to the rest parts of his invented machine. Then, it is unclear whether his invention was really a complete sewing machine or merely a prototype and conceptual design for a needle. With all these ambiguities, Weisenthal’s double pointed needle was the first patent in the history of sewing machine.

In 1790, Thomas Saint, the English inventor and creator, succeeded in filing the first patent application for a complete sewing machine. With regarding to this invention, which was granted under the patent number "1764", Saint can be named as the origin inventor of the sewing machine. However, a seemingly insignificant point caused that this patent ignored with other inventors and manufacturers. At that time, multi-invention patents saved times of patent office employees. Also, due to potential for saving money, patent applicants welcomed this. Due to this great imperfection in the patent system, a large number of patents were described for a wide variety fields. Unfortunately, responsibility for definition of patents importance was not one of the office’s employees, and this led to the loss of valuable achievements such as Thomas Saint’s patent for nearly a century. In other words, his invention was known under the category of binders for book covering and bookbinding, until one of the sewing machine manufacturers, William Newton Wilson, who was researching about the history of sewing machine invention, discovered this valuable patent.

The process of developing sewing machine was continuing around the world and in countries such as Britain, France, Austria and the United States. In 1804, in France, Thomas Stone and James Henderson acquired a patent for device that emulated hand sewing. In parallel to these inventors’ efforts, Scott John Duncan patented a embroidery machine with multiple needles. In 1814, an Austrian tailor, Josef Madersperger, patented a patent that failed to produce and commercialize it. However, all groups failed in development their inventions to an applicable machine.

Perhaps the first practical sewing machine was result of a French tailor invention, Barthelemy Thimonnier in 1830. The invented machine only include a hooked needle and one thread. The invention made a tragedy for its inventor due to spread of fears among local tailors for losing their jobs. This furious French group set fire to Thimonnier’s factory and equipment.

Parallel to these innovative efforts in Europe, the son of a Massachusetts American farmer succeeded to obtain the first US patent in 1846. Elias Howe, 27, invented an efficient sewing machine that due to his experience in the textile industry and sale of industrial machineries was an applicable machine which welcomed by different applicants. He needed $ 500 investment for making and developing his machine. Since Howe‘s salary was very modest ($ 5 for a week), he transferred half of his invention incomes to a wealthy man, George Fisher. In return, he found a home for his family and cash for making his invention. The patent filed in the United States Patent and Trademark Office as a "Sewing Machine" on September 10, 1846 and it was granted as a patent number "US4750". 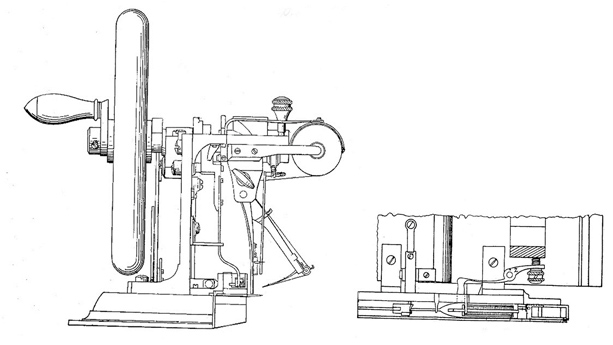 Howe spent about six months for manufacturing his new device, and then, with Fisher cooperation, began to take others’ interest. The result of their two years hard work in Boston was sale of only one device. There were several economic reasons for Howe and Fisher to failure, the most notable was high price, stop trying to enter the New York market and the functional inefficiency of the device. They sent Elias’ brother, Amasa, to Europe and he sold successfully a £ 250 machine to an English manufacturer named William Thomas. Due to the functional limitations of the device, he asked Elias as its inventor to come to London and work on improving that. Howe went to England and worked for several months on developing and improving his sewing machine, but their efforts failed. Thomas and Howe got into serious trouble and Howe who had no more money, borrowed money and difficulty returned to America with his family. Upon his return to America, Howe realized that many things had happened in his absence. Small and large companies throughout the United States built various sewing machines that incorporate all or part of the Howe’s process. At this point, the fact that his machines were working well and being paid was not the whole thing anymore; more important issue was his granted patent and his right for using this technology exclusively. This IP protection made him one of the richest men in the world. Howe provided funds for his legal actions and infringed many of manufacturers by claiming patent infringement.

As Howe's legal actions expanded, a group of sewing machine manufacturers headed by Isaac Merritt Singer, decided to confront him. Singer found that Howe’s patent based on an eye-pointed needle and shuttle that existed in almost every sewing machines. The only way for challenging his patent was proving that before him the technology used by someone else.

Singer hoped with finding Walter Hunt. Hunt claimed that he has invented a device with the same system in 1833. Hunt who was a professional inventor, invented this in the early 1830s, but then his mind shifted to other ideas and didn’t file his patent. Singer's lawyers presented the device made by Haunt in the court, but the judges did not heed it. Singer sent his lawyers to Germany, Britain and France to find patents showing the existence of a similar device before 1846. Here again an interesting event changed the history. In the UK, a patent filed by Fisher & Gibbon’s patent which could prove Singer's claim. Singer's lawyers could go to three centers in London, Edinburgh or Manchester to review papers and patent documents. Singer's lawyers were in Liverpool and because of the 50 miles distances to Manchester and existence of the rail line between two cities, chose Manchester office. However, due to negligence by the patent office employee, the Patent did not exist and lawyers couldn’t find this important patent. However, if they went to two other offices they, can find the patent.