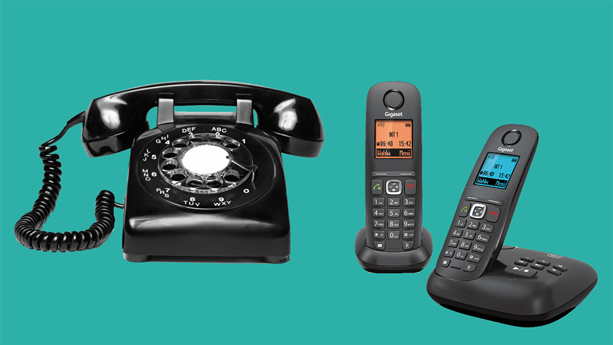 Nowadays, using the phone to communicate with others in different far and neighborhood places in the world is considered as a usual matter. Development and commercialization of new smartphones’ generations with different variety of capabilities such as video chats, data transferring and even utilization as an effective healthcare tool, has made it as one of the most important communities’ priorities. However, accessing to this valuable achievement had significant stories that covering several inventors’ efforts. In the middle of nineteenth century, no one had the idea of ​​being able to communicate remotely with others. Several years of innovative researches by different investigators and inventors such as Alexander Graham Bell, Antonio Meucci and Elisha Gray led to the telephone invention as one of the most important human inventions in the modern age. As a result, today we can simply communicate with others in different places such as lands, seas and sky.

The invention of telephone is one of the giant changes in the modern world after the industrial revolution that provide a major telecommunications revolution. The invention of telegraph by Samuel F.B. Morse, in 1843, made it possible to transmit an instant message between two different geographical points. However, with using telegraph, it was possible to send only one message in a moment. In addition, delivery of messages was done manually in telegraph stations. Due to these disadvantages Graham Bell contemplated for creation and development a harmonic telegraph. He combined the concepts of audio recording and telegraph for sending voices to far distances. Already he had interested in communications before inventing telephone. Previously, he worked with his father, Melville Bell, to develop a communication system for deaf people. They developed a writing system called "Visible Speech". After expanding their educational system in London, the Bell family moved to Boston, and the young Bell was hired as a teacher at a deaf school. Years later he married one of his students, Mabel Hubbard.

It should be noted that conceptually, telephone and telegraph are very similar. Bell's experiments on the idea of ​​a harmonic telegraph in late 1874 advanced far enough to assure family members about impending production of a multiple telegraph machine with the ability to send multiple messages at once. However, Bell and his colleague, Thomas A. Watson, were simultaneously working on the idea of ​​electrical transmission of human voice. They were working on the harmonic telegraph with insist of his wife s’ father, Green Hubard, and some financial supports. In March 1875, they met Joseph henry. He listened carefully to Bell's scientific theories and strongly encouraged him. These encouragements gave Bell and Watson more serious determination, and finally, from June of that year, they focused on the idea of human voices ​​transmitting.

Bell's efforts came to fruition on March 10, 1876. Their innovative device consisted of two diaphragms and a string of wires that connected them to each other. The sound waves from one side of telephone line, caused changes in the intensity and frequency of the electricity current and vibrated a thin steel sheet, called the diaphragm. These vibrations were magnetically connected to another wire and vibrated the diaphragm on the opposite device. Eventually, these vibrations were received by the listener as the primary voice of the first speaker. Three days after the patent was filed, the first phone call in the history was done by Graham Bell: "Mr. Watson, come here, I want to see you." 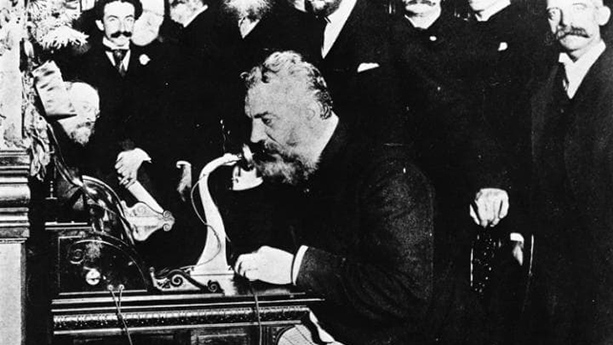 Generally, most of technological efforts for creating and developing a new invention, occur simultaneously and completely in parallel; hence, assigning an invention to a particular inventor is a really difficult task. Investigations show that in most cases, the title of “inventor’ for a new device or technology, especially in the public domain, reaches the person who invented the best or most applicable one. This is also true in the case of telephone. In the case, Graham Bell can be considered as the father of telephone. Undoubtedly, his patent which filed on March 7, 1876, had a significant role for recognizing him as the main inventor of telephone.

But alongside Graham Bell, Antonio Meucci, an Italian immigrant, had a plan for the designing a talk-able telegraph machine. On December 12, 1871, he filed a patent application for a device called the "Sound Telegraph"; however, due to such a problems he could not follow up his application. From this point of view, Meucci could be the first inventor of the telephone. On June 11, 2002, US House of Representatives formally praised his role in developing the telephone.

Another person who claimed to own the phone invention was Elisha Gray, a professor at Oberlin College. He filed a patent on the same day that Graham Bell filed for his patent. However, Bell's lawyer arrived a little earlier that day (February 14, 1876) and changed these inventors fate. Bell's lawyer was the fifth person in the list of people that wanted to file a patent on that day, while Gray's lawyer was 39th.  As a result of this competition, Bell's patent granted as US174465. During 1875 to 1877, competition for the development of voice transmission telegraphy was pursued by Graham Bell and Elisha Gray. Despite numerous efforts and research by various inventors, the world's first applicable phone was developed by Graham Bell and he is widely known as the main inventor of this valuable device.

In 1877, the first telephone line from Boston to Somerville in Massachusetts, was completed and the commercialization of the telephone was successfully done. By the end of 1880, there were more than 47,900 telephone numbers in the United States, and various telephone lines were gradually established between different American cities, including New York and Chicago (1892) and New York and Boston (1894). In addition, intercontinental telephone communication has been possible since 1915. Interestingly, ownership of key patents about telephone and the establishment of AT&T in the early years of commercialization of this valuable achievement, was provided a monopoly on the industry for Graham Bell. As the telecommunications industry expanded, he tried to acquire rival companies and until 1984 (when it terminated an agreement with the US Department of Justice), AT&T was retaining full control in the industry.