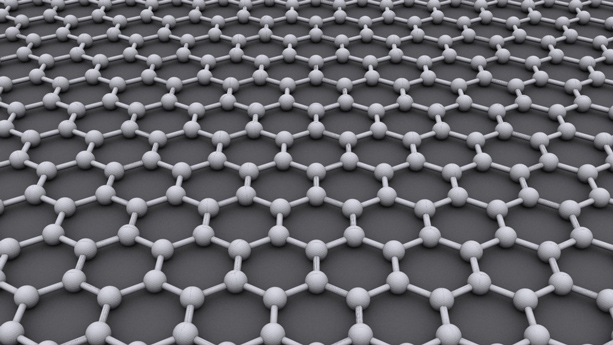 Throughout the history, man have been seeking out new materials with unique characteristics. In a special period of time, this need manifested in seeking for gold, and in another time, it was in looking for oil. These examples are without considering the constant efforts for finding materials such as diamonds, cast iron and steel that allowed humans to make and produce new tools, machines and equipment.

The discovery and development of new materials and compounds, not limited to such a materials like steel. With nanotechnology appearance in the mid-twentieth century, a new door has opened for researchers and innovators to produce and develop new materials with vastly different applications. Developments in nanotechnology provides a wide range of different nanomaterials for using in different applications, including drug delivery, wearable insulation, medical and dental equipment, food packaging and etc. Along all of these developments, launching and introducing graphene and its applications, has influenced not only the nanotechnology based industries but also a vast ranges of different industries. This material has some unique specifications such as strengthen more than diamonds and conductivity more than copper. Graphene is a carbon based material with high atomic density and due to its unusual components has special specifications, including high strength and hardness, high electrical and thermal conductivity and exceptional optical properties.

Graphene is a single-layer material composed of carbon atoms that are bonded to each other in a two-dimensional, hexagonal pattern. Layers thickness is about size of an atom and due to this character, it is known as the thinnest material in the world. In other words, graphene is a term that refers to very thin strips of graphite monolayers. Graphene’s numerous applications are even more interesting than its properties. It can be used in composite materials, carbon fibers or electronics industries. Since many aspects of graphene’s properties have not been explored completely yet, many researchers and scientists are investigating on this issue, and huge investments are provided for R&D activities related to graphene applications by giant technological companies and advanced industries.

With all of the mentioned features and efforts, it should be mentioned that graphene cannot be considered a completely new and emerging material. It was first introduced in 1947 by Canadian physicist, Philip Russell Wallace. However, its production required a long period of research and development by many scientists. Production of graphene was finally accomplished in 2004 by a research team led by Andre Geim and Konstantin Novoselov (two Russian scientists from the University of Manchester). These researchers awarded the 2010 Nobel Prize due to their valuable investigations on graphene. The Nobel Prize well illustrates the potential of graphene, a valuable substance that "Geim and Novoselov" mentioned it as a discovery of a gold mine.

With the possibility of producing graphene, commercialization of its applications has also begun. The first leading companies in the production and commercialization of graphene applications started in 2006, indicating a relatively low dating but significant successes. According to released estimates about graphene market, this magical material, with more than one decade business experiences and increasing popularity, is experiencing the first wave of market development due to its availability and affordability. Because of graphene’s commercial potentials, which was significant since its inception, the protection of innovations, including development of its basic concepts, production methods, and various applications, has been critical. This is where the patent system comes in as an effective tool for protecting inventions and innovations.

With searching through patent databases and documents about graphene, "US5376450" is the first patent refers to this material. The patent is filed September 30, 1992 by UCAR Carbon Technology Corporation in USPTO and granted in December 1994.

A review of various technologies and inventions developed throughout the history shows that people or companies that are recognized by the society as the inventor or creator of a new invention are not necessarily the first one. It is possible that another person invent a better and more applicable device and society know him as the main inventor. In addition, it is possible that two inventors are working on one device at a same time but the first one who will file it in the patent system will be recognized as the inventor. In the case of graphene, one of the first valuable patent applications related to graphene was filed on October 21, 2002, by “Bor Z. Jang” and “Wen C. Huang” and granted on July 4, 2006, with patent number "US7071258" to “Nanotek Instruments” company. Despite previous patents, the mentioned one described a practical method for mass production of nano-scaled graphene plates and solved the biggest challenge faced graphene development, scalable and practical production.

With providing awareness and developments about graphene, filing patent applications in this field, which began in the 2000s, has also grown sharply. Up to 2005, number of patent applications was around 100 or even fewer per year but this number increased to over 900 applications in the final years of this decade. A closer look at the top graphene patent applicants, reveals that South Korean technology giant, Samsung, has been outperforming others and is the pioneer and leader of graphene innovation. Companies such as Sandisk, Fujitsu, IBM and McAlister technologies, along with Harvard, California, Sungkyunkwan and Rice universities, are among the key players in the field of graphene patents. Because of significant commercialization values for graphene, big tech companies and universities are the leaders of its development; while, in other historical inventions, usually individual inventors are the mail pioneers.

It should be noted that graphene growth stages and milestones from a commercialization perspective can be categorized in a few key steps. Initially, the primary graphene firms were established. Publication of various scientific papers and reports in the early years of graphene's emergence and introducing it as a major revolution in the industry, attracted these companies for more investments and funding. The new approach provided first opportunities for small-scale research and development and production activities. In the second step, the number of graphene firms mushroomed and a series of small projects were defined around the world. The investment trends showed that a very attractive market was facing graphene’s companies. Most of these companies, sold small amounts of their produced graphene at very high prices. However, despite considerable efforts of small and large players for demonstrating their products functionalities, end-users confused between what graphene really could be and what was available in the market.

In the third step, both manufacturing companies and end-users have achieved some kinds of realism in the face of graphene’s commercialization challenges. With decreasing and moderating end-users’ expectations, active suppliers and firms attended more about some factors such as safety, adaptability of production processes, and final costs. In the fourth step, the industry moved towards re-evolution and increase in the value of graphene. Various players, including Chinese, entered to the competition and tried to commercialize this material as a scale-up and low-cost business. Production processes was improved and companies introduced new methods that improved the quality and reduced the cost of graphene production. With increasing actors’ confidence and diminishing the initial concerns, commercialization of the product accelerated.

The present situation is the fifth step in the commercialization of graphene, where companies with multiple capabilities have emerged and as a result of progresses in this industry, graphene is increasingly available for customers. In terms of production capacity, China and Taiwan are the key players and have the highest nominal production capacity. Intensified competitions based on mass production and product costs has made graphene sales price below $ 100 per kilogram. End-users are focused on finding new applications of graphene and a range of different and sometimes unimaginable applications are introduced for this valuable material. All of these have been boosting the industry's earnings, but it is soon to say that the industry has reached its maturity.

Increasing demand in the coming years, will allow technological companies to increase their production capacities and incomes and consequently, suppliers will reduce prices. However, in the short term, it will not possible to create some sort of integration in the graphene’s price and it is completely logical due to differences in products’ qualities. The coming years can be considered as a technology consolidation phase that will be followed by emerging a large number of smaller manufacturers and especially a few market leaders (using advantages of mass production). The above mentioned process will make graphene accessible, affordable and facilitated that will be the first signs of profitability in the industry.