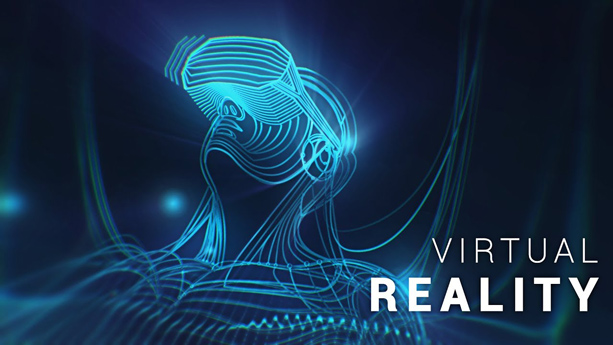 In recent years, significant progresses in various technologies has made a new wonderful world for human beings. Perhaps, no one who lived a century ago, guessed that people will experience these emerging changes and technologies at near future. Stopping diseases through genetic modification technology, self-driving cars, nano-sized chips, supercomputers with significant computing ability, and social networks with predictability of users’ motions and decisions are just some of these amazing innovations. Although many of these technologies are currently seem usual for their users, we should know that the emergence and commercialization of these technologies came from a crude and relatively impossible idea in their inventors’ minds and converting these ideas into an efficient end-product that is available to consumers, is result of very long and complex processes involving efforts of several inventors.

Virtual Reality (VR) is one of the relatively emerging and vital technologies. In recent years, this technology has been attracting a worldwide attention of different people, individual inventors, and big or small technological companies. Mark Zuckerberg, CEO and founder of Facebook, called VR as the next big leap after smartphones. Due to this attitude, Facebook acquired Oculus, a pioneer of virtual reality technology, with $ 2 billion and has been investing seriously on this technology. But what is VR? How does it work? And when has it evolved?

In 1935, Stanley Weinbaum, an American writer, published a science fiction story called Pygmalion's Spectacles. In the story, the protagonist puts on a pair of goggles that takes him to a fictional world. Exactly similar to current VR headsets, the device provides a special five senses experience for the protagonist. Due to the story’s impact on VR development and Weinbaum’s accurate predictions about future of this technology, some researchers attributed the technology to this writer. However, a study of the history of VR development and evolution shows that the technology is much older and back to a century before publication of this fiction. Unfortunately, in December 1935, due to lung cancer, Weinbaum died when he was just 33 years old.

Charles Wheatstone, in 1838, described the phenomenon of binocular vision, or "Steropsis" (the depth perception by the reception in the brain of visual stimuli from combination of both eyes). Based on this concept, he made a "stereoscope". According to the innovation that brought him the Royal Medal of the Royal Society, two photos of a single object were sent to the brain and with those combination, a three-dimensional form conducted to mind. In his invented stereoscope, a pair of 45-degree mirrors was used to send image to the user's eyes. Although the technology of the nineteenth century is considered usual in comparison with current technological standards, many well-known companies such as Google use a similar approach to create depth of feeling in their smartphone virtual reality applications.

Weinbaum’s predictions were not far from virtual reality glasses. In the 1950s and 1960s, inventors and enthusiasts introduced and developed early models of displays that was equipped with the VR technology. One of the most significant progresses in these two decades was the Morton Heilig device, as the first VR device in the world that Called “Sensorama”. The device consisted of a large chamber that combined several different technologies for capturing individual senses by displaying a 3D color film with vibration, sound, odor and even atmospheric effects such as air movement. Heilig was a cinematographer and used Sensorama for making six short films. He filed the Sensorama’s patent with the US Patent and Trademark Office on January 10, 1961, and in 1962 obtained "US3050870" patent for it. It is noteworthy that in 1957, Heilig filed another patent application for the "Telesphere Mask", which was granted in 1960 under "US2955156". It was the first head-mounted display "HMD". The device provided stereoscopic 3D images with wide viewing angles and stereo sound, but due to the mechanical nature of the device, it was not possible to detect movement in the headset and connect to computers.

From that date, the pace of technological changes and advancements intensified. In 1961, the “Headsight” was created by two Philco’s engineers, Comeau and Bryan. It was the first "HMD" with capability of tracking and detecting motions. Headsight had separate internal displays for each of the user's eyes, and a system for tracking head movements. The device was designed by the Army to monitor distant dangerous military situations.

Ivan Saterland, a computer scientist, can be considered as the creator of the first virtual reality HMD. In 1965, he introduced the concept of "Ultimate Display", a virtual world which is visible through "HMD". This was done in such a quality that the user was not able to distinguish between virtual reality and reality. Actually, his published article is the basis of virtual reality technology. "With appropriate programming such a display could literally be the Wonderland into which Alice walked", he said about Ultimate Display. In 1968, Saterland, with the help of his student, Bob Sproull, succeeded in making the first VR HMD entitled “The Sword of Damocles”. The headset was connected to a computer instead of the camera and could provide a primary VR experience for its users. The Sutherland device could not go beyond a laboratory project, which was mainly due to its heavy weight.

In 1972, the US company, General Electric, built a 180-degree computer flight simulator using three special displays around the cockpit. It was a milestone in the development of virtual reality technology. Flight simulator as a form of VR dating back to a long time ago and the first innovation in this field launched in 1929. This year, Edward Link succeeded in creating "Link Trainer" as an electromechanical flight simulator. The US Army purchased for six devices for $ 3,500 per case, and during World War II, many pilots began basic pilot training and improved their flying skills with complete safety. An Army engineer named Thomas Furness, is among others involved in the development of flight simulators. In 1966, he built his device as a response to Army Air Force’s inquiry. After that, he developed his achievement and then in 1986, launched an advanced simulator called "Super Cockpit". The new simulator used advanced infrared and radar imagery and computer-generated 3D maps. Because of flight simulators’ nature, inventors such as Link and Furness can be considered among the inventors and developers of virtual reality technology.

In the 1980s and 1990s, the process of developing virtual reality technology was continued with the “VIDEOPLACE” platform (a VR interactive platform launched in Milwaukee, USA), the “Aspen Movie Map” program (a MIT program that enabled users to take a virtual tour through the city of Aspen, Colorado through “Google Street View”) and establishment of “VPL Research” (the first company who supplied VR goggles and gloves).

In the final years of the 20th century, VR-based business devices were launched by some technology companies. SEGA VR-1 in 1994 and Nintendo console in 1995 was the primary efforts. It should be noted that Paul Steven Marshall filed a patent in 1997 entitled "Virtual reality generator for displaying abstract information". The described technology helped users to analyze financial information. The patent was granted in June 2000 by US Patent and Trademark Office under US6073115. This patent was a key one in the commercialization of VR technology applications.

In the last decade, the development of VR has grown enormously and a variety of virtual reality headsets developed and commercialized by various companies. People's interest in the technology has led many companies, including Google, Microsoft, Apple, and others, to enter the field. Google launched “Street Vies” in 2007 and developed its 3D model in 2010, Oculus was established by Palmer Luckey and “Oculus Rift” was launched in 2010, Sony announced for investing on VR headsets for the PlayStation 4 in 2014, and Samsung Gear VR was launched in 2014.

Studies show that in the past four years, hundreds of tech companies have been competing for developing VR headsets. Obviously, the growing competition, high potential value of technology and the huge amount of investments, make the protection of these innovations as a top priority and necessity. A statistical analysis of the patent process in the field of VR technology, shows that Sony, Microsoft and Samsung are the top patent applicants with 366, 365 and 348 patents, respectively (published and granted patents). Companies like Qualcomm with 252, LG with 174 and Siemens with 172 patents, are the next ones and even the tenth in the list is Intel with 109 patents. The statistics well illustrate the widespread distribution of patent activities. The participation of several giant companies makes it difficult for a specific one to dominate the market and future of the technology.