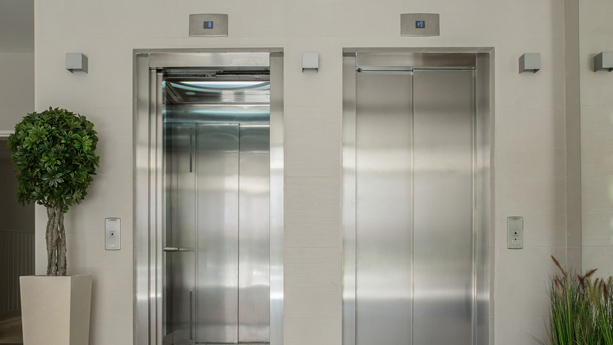 Tall buildings and skyscrapers as the hallmarks of modern life are built and Maybe you live or work in one of these buildings. Passing through these high-rise buildings would be impossible without elevators. For a moment, close your eyes and imagine that you have to climb many stairs every day and consecutively go up and down. Backache, knee pain, and extreme tiredness will be the most obvious consequences of this unpleasant assumption.

Today, elevators have become an integral part of urban architecture, and it is unlikely to see the three- or four-story buildings in large cities without being equipped with elevators.

An overview of the history of this key invention that leads to transportation in multi-story buildings, can express fascinating and interesting stories; for example, did you know that in the mid-18th century (1743), King Louis XV of France was using an elevator to connect his apartment with his fiancée, Madame de Châteauroux?

The definition of an elevator is a lifting device that moves people or various goods up and down along a shaft. the elevator shaft includes equipment such as motors, cables, and accessories that provide required propulsion to move the elevator car.

As mentioned, It would be interesting to know that the [M1] early elevators were used about three centuries before Christ. These elevators consisted of a thick timber board and a few strings, which, by pulling the strings, moved the board upwards, that way, heavy loads were transferred to higher altitudes. Necessary force for these primary elevators was provided by humans, water power, or draft animals such as horses and cattle.

With the arrival of the Industrial Revolution and the mid-19th century, new steam-powered elevators were used in mines and factories for transporting materials. In 1823, two architects, Burton and Homer, designed a new elevator called the "Ascending Room", which transported tourists to a platform for a panoramic view of London. A decade later, in 1835, two more architects, Frost and Stuart, built a steam-powered lift called the "Teagle", which was developed in the United Kingdom.

In 1846, the hydraulic crane was invented by Sir William Armstrong, and in the early 1870s, hydraulic machines began to replace steam-powered elevators. A heavy piston supported the hydraulic elevator and water or oil pressure helped it move in a cylinder.

The American inventor, Elisha Otis's invention was the next milestone in elevator development. In 1852, after He hired in  Maize & Burns company in  New York for, the owner of the company, Josiah Maize, wanted a new hoisting device to lift the heavy equipment of his farm to the higher floor, which inspired Otis to design a new generation of elevators. In 1853, he invented his elevator, which was equipped with a specific safety brake to prevent it from falling in case a cable broke.

Otis immediately set up his own elevator company and exhibited his safety elevator in New York, which was based on steam-power. In his new invention, the elevator cables were deliberately cut off, and the use of Otis' innovative brakes, that made the elevator stop safely, led to the admiration of his inventions at the exhibition.

Interestingly, Otis did not actually invent the first elevator, but his brakes capable to use in modern elevators made transportation through skyscrapers a practical reality. The company, founded by Otis, began manufacturing and supplying elevators in 1857, the first passenger elevator was installed in a five-story department store in Manhattan. That elevator can be considered as the first public elevator in the world.

In order to protect his invention, Otis registered his innovative device in the U.S Patent System. His patent, with NO "US31128", was granted on January 15, 1861, after examination by the U.S Patent and Trademark Office. It is believed that this certificate is the first patent on elevators' history in the United States, especially since Otis was able to successfully commercialize his device and was practically known as one of the most influential inventors in the development and commercialization of elevators. However, studies show that the first patent was registered in 1859 by Otis Tufts. The invention was a steam-powered passenger elevator that was not a commercial success despite its safety mechanism. Patent No. US 25061 for Tufts invention was issued on August 9, 1859, by the U.S Patent and Trademark Office.

Recently, ThyssenKrupp company unveiled its first MULTI elevator in an experimental tower in Germany that can not only move up and down but also be able to move horizontally.

Considering that half the world's population lives in cities and the share increases to 70 percent by the end of this century, buildings will become taller and larger, and new technologies, such as MULTI elevators, will be needed to deal with the Increasing overcrowding.